You are here: Home
BackContinue
12
Language:

You are a Hapimag shareholder / partner and have no HFA password yet?

Please register here once free of charge
Inside Hapimag

The HFA, "Hapimag holiday club for shareholders", is the largest independent Advocacy for Hapimag shareholders. Here you can find out why we exist! Association of shareholders

We work on a voluntary basis to make Hapimag better for us shareholders and to preserve the value of our investment.

Hapimag general assembly again without visitors,
the HFA would like to represent you!

The Hapimag GV 2021 on April 30, 2021 will take place again without visitors due to the corona pandemic! The right to vote is all the more important for every shareholder. Do not let your voting rights expire, the HFA is campaigning for your voting power of attorney again this year!

See how to add your HFA to your  Give voting rights can!

Many pages are only intended for Hapimag shareholders or HFA members! In order to be able to see these pages, you have to be registered to log in here!

Enter your email address below (the last one you used for this homepage)  and Your HFA holiday club password .

Join the discussion, our discussion forum is open around the clock.

Here we want to put topics up for discussion and look forward to your suggestions and comments! Current topics: HFA GV under Corona, how to proceed? Resort (non) openings under Corona? Result of the special audit on real estate purchases and sales, HFA audit request for the GV, garage fees too high and much more

Why do shareholders have to unite? Why should you support the HFA?

The Swiss company law (Code of Obligations) prevents any influence of individual small shareholders on the board of directors! Only with a sufficient one Majority of votes at the AGM Resolutions can also be implemented in the interests of the shareholders. Thanks to many members and numerous powers of attorney, we were able to achieve important Success in the interests of the shareholders achieve!
Become a HFA member and contribute your opinion - we bundle ideas, suggestions and criticism and discuss them with the operational management of Hapimag AG.  Online membership  Brochure HFA - Hapimag (PDF) Send us your suggestions, criticism and ideas by Get in touch

Our HFA-GV was planned for March 2021! The Corona exception law allows all members to vote in writing on the items on the agenda for the day or to postpone them up to the end of the year.
The HFA board decided: HFA GV 2021

How is Hapimag reacting to the Corona crisis? What can shareholders expect from the tourism crisis? When are which resorts open again?

All information about Corona at the NewsArticles and Hapimag and Corona.

A new opportunity for the HFA? How is criticism compatible with cooperation? 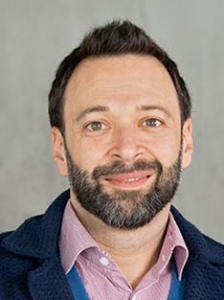 With the CEO, Mr. Hassan Kadbi, elected to the Board of Directors in April 2020, there are real opportunities for a change of course. In the meantime we have been able to establish a very fruitful cooperation with the Hapimag management.

We are no longer seen as a “bad enemy”, but rather as what we want to be: a thoroughly critical but constructive representation of the many small shareholders, of whom a single shareholder in a Swiss AG cannot do anything.

As the discussions showed, the new team is very interested in issues that the HFA has represented for years. Our criticism is taken seriously, our ideas are evaluated and, as far as possible, implemented. CEO Hassan Kadbi is committed to working with the HFA and we were able to achieve the first successes for our members! An incentive An incentive for us to openly discuss the points of criticism shown by our members and to find solutions.
Summary of the conversation

(Visible only as a logged in HFA member)
Why should I register?

(you have to be logged in to read the news)

The results of the special test agreed with the HFA will be presented at the Hapimag GV 2021!

At the request of the HFA, the majority of the shareholders voted at the General Meeting (AGM) 2018 to carry out a special audit.  Reasons for the special test

At the 2019 AGM, Mr. Fontana and Mr. Schalch had assured that they would recognize the vote of the majority of shareholders.  Minutes of the AGM 2019 According to legal experts, Hapimag then has one Multiple 6-digit CHF amount (our shareholder funds) for legal fees issued to prevent the special test and. A judge has an incomprehensible first judgment the resolution of the majority of the shareholders to Review declined!

Nevertheless, affected boards of directors resign from their offices, followed by far-reaching changes in the board of directors.

In a contract with the new Hapimag management, the HFA has agreed on an internal special audit of the questionable property transactions by an independent auditing firm (PwC). The exam has now ended and we await the results with interest.

We keep you in the News up to date.