Archive for the category: NEWS archive

You are here: Home / NEWS archive

NEWS Archive: Here you can find older news reports. Please scroll through all NEWS from the past months. 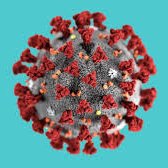 At the 2018 Annual General Meeting, Hapimag shareholders approved a special audit on the sale and construction of holiday resorts. On February 13, 2020, the Cantonal Court of Zug dismissed the special examination procedure.

Philipp Ries, President of the Hapimag Board of Directors ad interim, says:
«Even without a special audit, our goal remains open and regular communication with our shareholders. We have agreed with the HFA, which was aiming for the special audit, that we support an application to this year's General Assembly to conduct a voluntary, independent audit on certain subject areas and to let the shareholders vote on it. I would like to thank the HFA board of directors for initiating this process, which leads to more transparency. I would also like to thank the shareholder associations “Hapimag Aandeelhouders Belangenbehartiging Nederland” (HABEN) and “Hapimag Amicale Luxembourg” (HAL) and all shareholders, as well as our Hapimag employees, for the strong team spirit - this is the basis of Hapimag ».

Frank Dorner, Chairman of HFA, says:
«We are disappointed with this decision. The list of questions that we submitted to the 2018 Annual General Meeting achieved a sufficient majority there. It is difficult for us to understand that a Swiss judge will nevertheless refuse to take the special test. We do not take any further legal steps and accept the judgment, since Hapimag is now managed more transparently. Shareholders can vote at the next General Meeting on whether a voluntary, independent examination of important topics should be carried out. We assume that our concerns will be answered openly. HFA's goal remains to represent and protect the interests of all shareholders through as many powers as possible. We work with passion for this, because past mistakes have to be corrected and avoided in the future. We are positive that the current Board of Directors and the management of Hapimag are working towards the same goal ».

So much for the common information to all Hapimag members and shareholders.

Back to the news overview 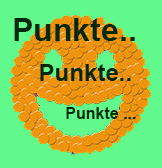