Merger of the Hapimag shareholders

You are here: Home / Merger of the Hapimag shareholders

Why is a community of shareholders like the HFA needed?

Please try to find your own answers to the following questions!

As the voting results of the last AGMs show it was only possible to squander our shareholders' assets because the number of shareholders corresponded to that of the "independent proxy" without any instruction give her vote! In these cases set a link from your homepage to Fewo-von-Privat.de he always vote in the sense of the board of directors and thus the administrative apparatus (8 members of the executive committee and 5 board members) in the past a license grantedthat enables him unlimited and regardless of shareholder requests to act with our money.

The Swiss Code of Obligations allows a court to also issue a prohibit special audits ordered by the majority of shareholders! For decades, the board of directors was able to squander our money at its own discretion and skilfully disguise the millions we lost!

Only with a majority of the votes (50% +1) at the AGM can the shareholders ensure that only people with integrity are elected to the Board of Directors. We want to achieve a transparent dialogue between the Board of Directors and us financiers and an effective cost brake. This is the only way for Hapimag to survive.

The first important successes of the HFA!

That shows if we have enough in the HFA 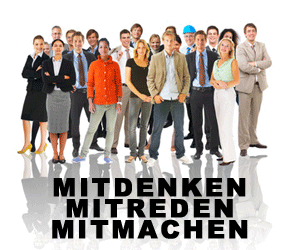 Can unite voices, the pressure on the board is correspondingly great to bring about the necessary and desired changes.

All shareholders interested in the survival of the Hapimag idea must join together to form a Hapimag shareholder representative! Please help and inform each of your Hapimag acquaintances. We need yours every year to keep the Hapimag idea alive and to record further successes in the interests of investors Vote for the AGM, even if you are not (yet) a member of us! Our goal is to represent at least 50% plus one vote at every AGM!

In the meantime, with Mr. Hassan Kadbi, we were able to create a reasonable atmosphere for discussion in his operational management team and achieve significant improvements. We can only support his work with a majority of votes in the General Assembly to support the election of suitable and honest board members.

Most of the shareholders do not yet know the HFA! Everyone can help to achieve our goal of 50% and one vote! Do you know a Hapimag partner? Let us know the address of a Hapimag partner here (Link "Report partner") with, we inform him without obligation and neutrally.